Based in Much Hadham, Hertfordshire, Chaldean Properties is a privately held property development company that specialises in residential, retail and commercial developments throughout East Anglia and the South of England.

Through applying our specialist ‘in-house’ knowledge and expertise we are able to identify and secure our own off-market development opportunities. 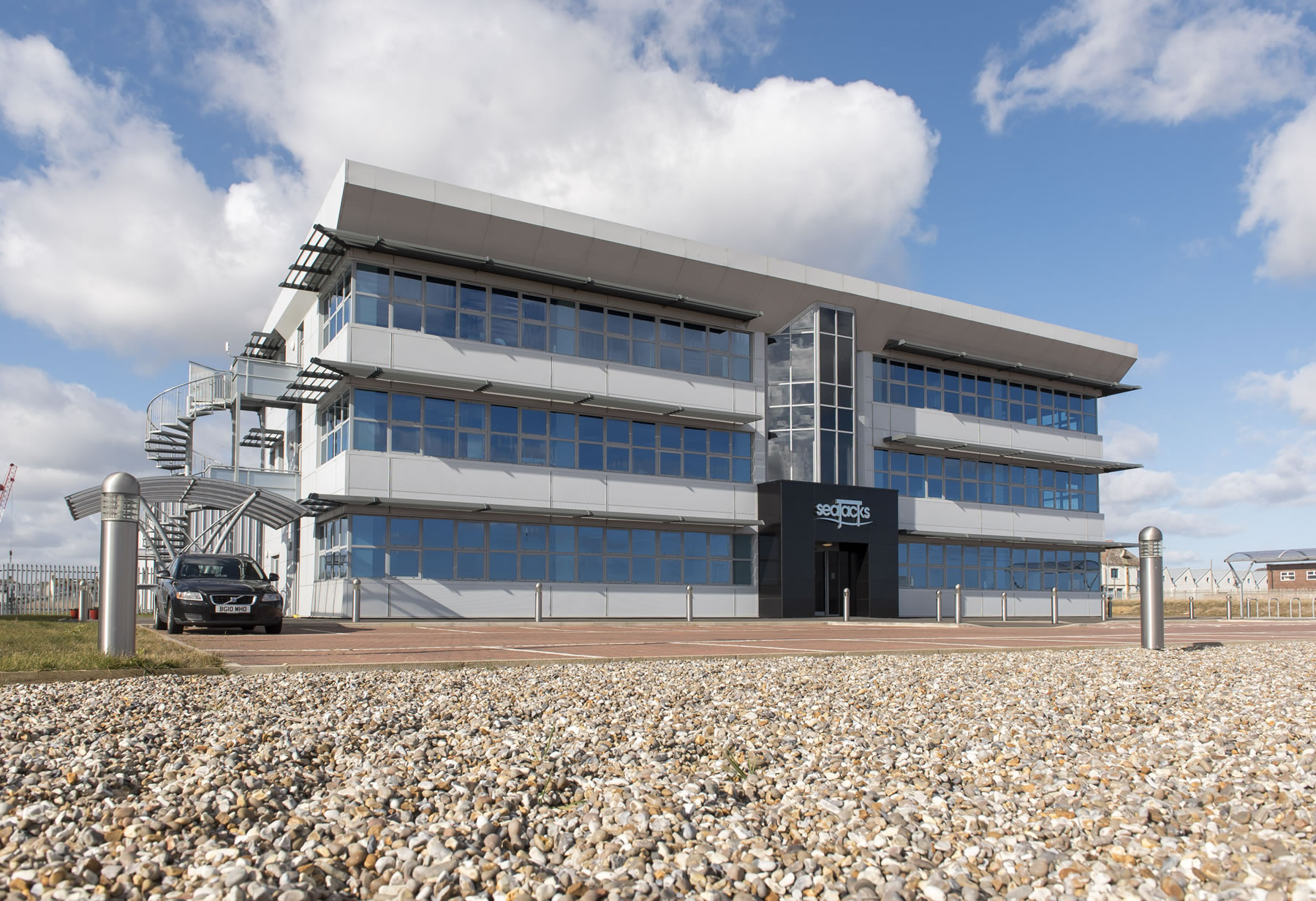 Having originally focused on the food retail sector and been involved in schemes for Tesco, Aldi and the Co-op, Chaldean has expanded into other forms of development including offices, warehousing and more recently residential.

Our initial entrance to the residential sector was a development of two large executive homes at Much Hadham, Hertfordshire which was followed by a similar type development at Newbury, Berkshire.  We have recently been granted planning permission for 7 large detached dwellings, plus 2 retirement bungalows at Sherington in Buckinghamshire with several similar type opportunities being pursued in upmarket rural settlements elsewhere.

Whatever the form of development, our expertise is in identifying the right opportunities that we believe have a realistic chance of deliverability and then taking them forward from their concept through to their completion.

Langley Hall is an extremely attractive listed house which sits centrally in a generous sized garden on the edge of World’s End. We have taken considerable care to sensitively refurbish and extend the property to create a substantial family house whilst retaining its charm and many original architectural features. Throughout the property, it is both light and airy and finished to a high standard with neutral decoration throughout. 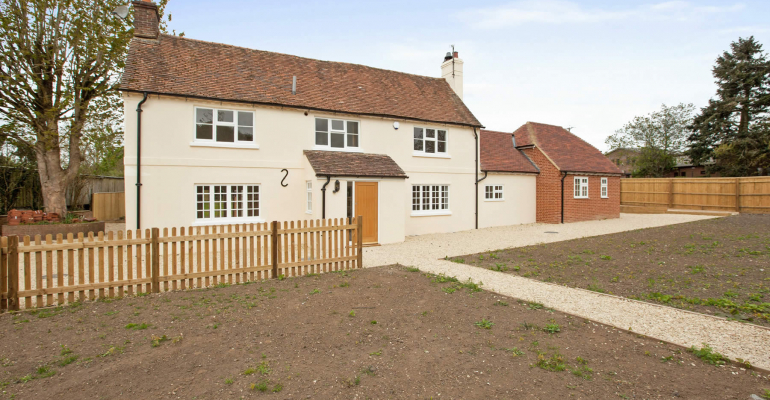 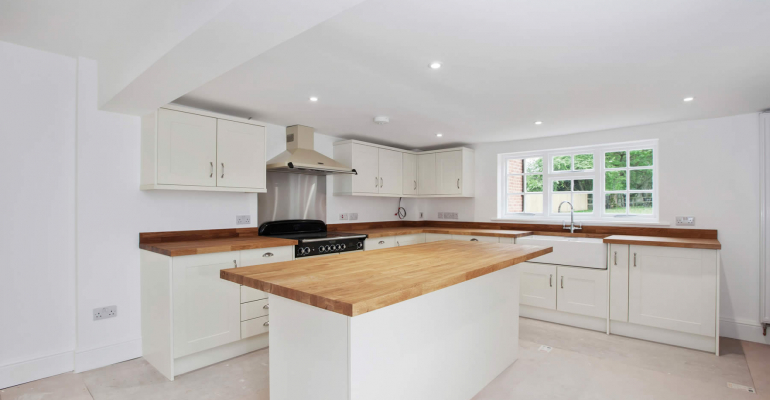 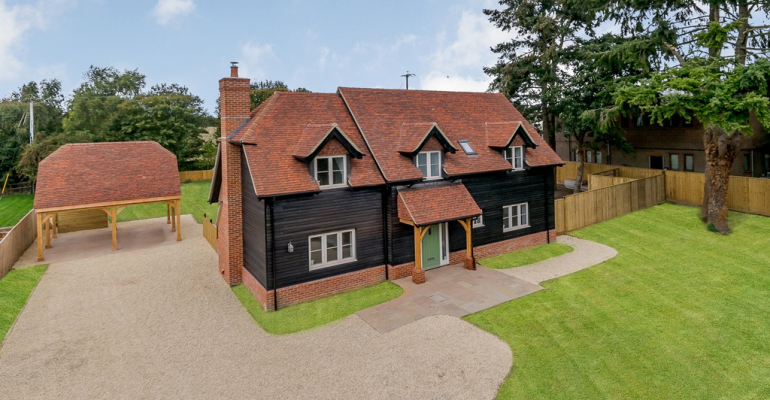 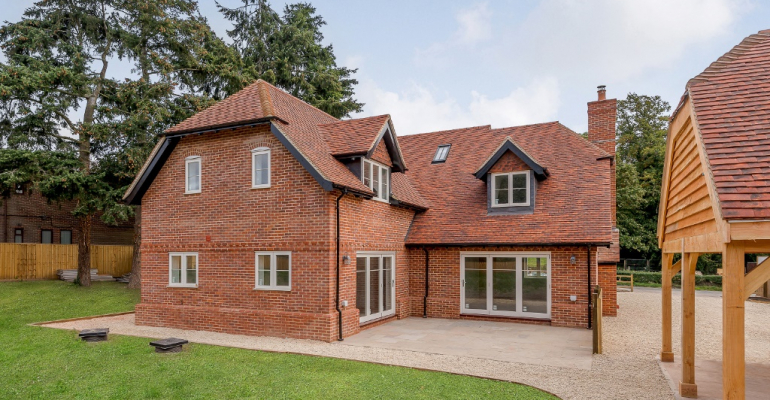 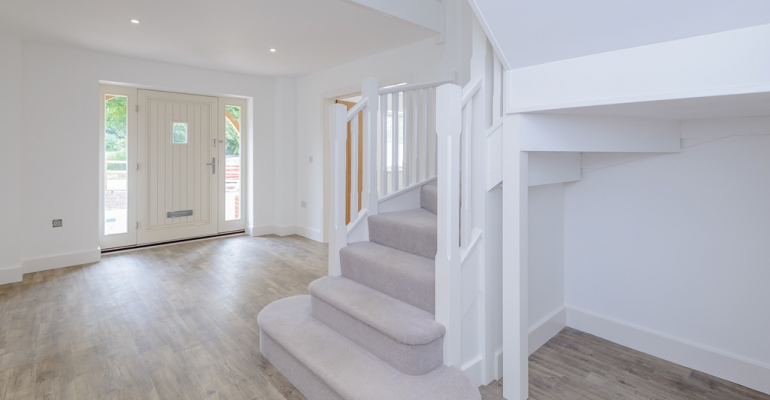 Having obtained planning permission, Chaldean Properties built this attractive 5 bedroom dwelling within the curtilage of the listed building, Langley Hall. Constructed in red brick and weather boarding, rather than replicate the features of Langley Hall, the design of the house has sought to achieve a subservient appearance, as though an outbuilding or barn within the grounds of a more significant building.

Having taken this former haulage yard through the planning process, our 9 dwelling scheme for which consent has recently been granted, will when completed, represent a significant visual enhancement when viewed from the surrounding open countryside. Our high-quality housing scheme has been sensitively designed to be ‘in keeping’ with the character of the village in terms of its architecture and landscape. 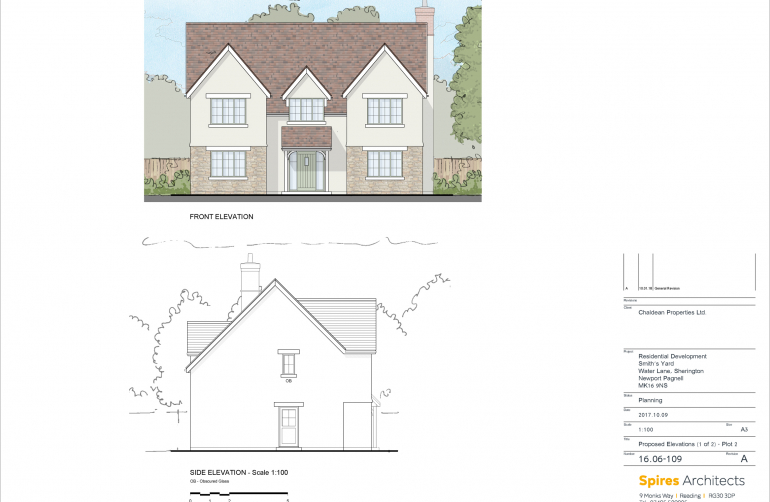 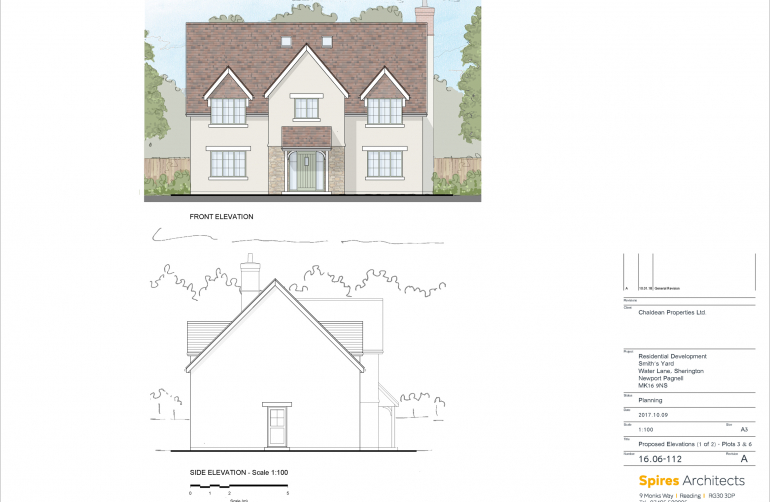 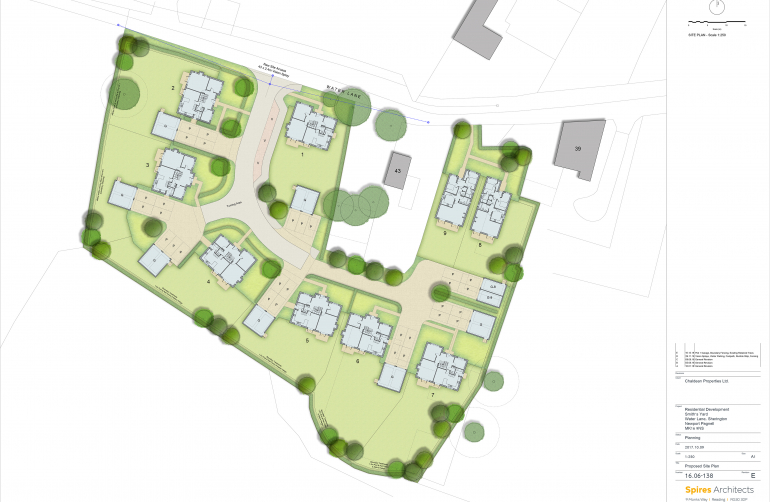 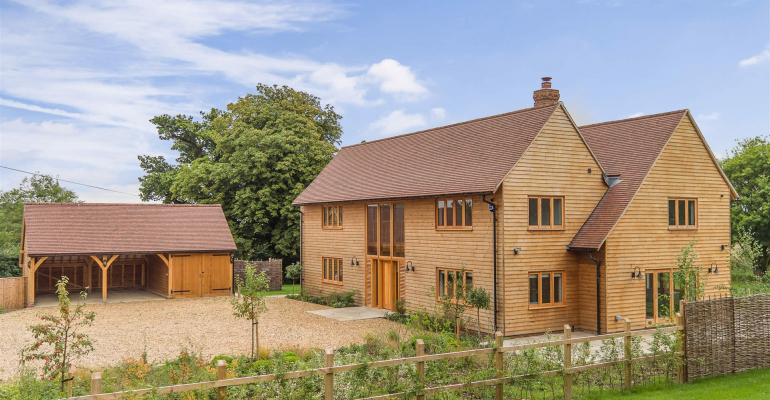 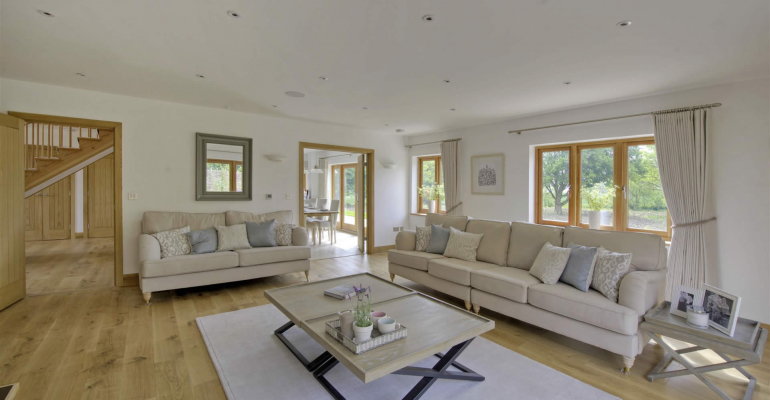 Chaldean successfully obtained planning permission to knock down some unsightly corrugated storage buildings and transformed the site with a development of two “state of the art” 5-bedroom family homes.

We employed a modern method of construction using Sips panels which ensured the houses have an incredibly high level of insulation, making them very low cost to run.

Location is a fundamental factor in determining where we develop. Being situated close to Great Yarmouth’s deep water outer harbour and river port the South Denes Business Park is well located to serving the offshore oil, gas and the vastly expanding renewable energy sector in the Southern North Sea.

Having acquired land from the East of England Development Agency, we obtained planning permission and built the office headquarters and warehouse for Seajacks. The second phase of the business park is now completed with BH Bus Industrial Tools in occupation of their large warehouse and office facility. It is just the third and final phase that remains to be developed. 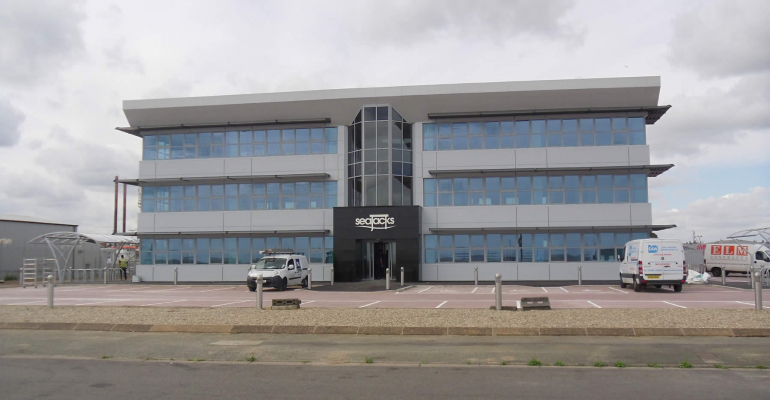 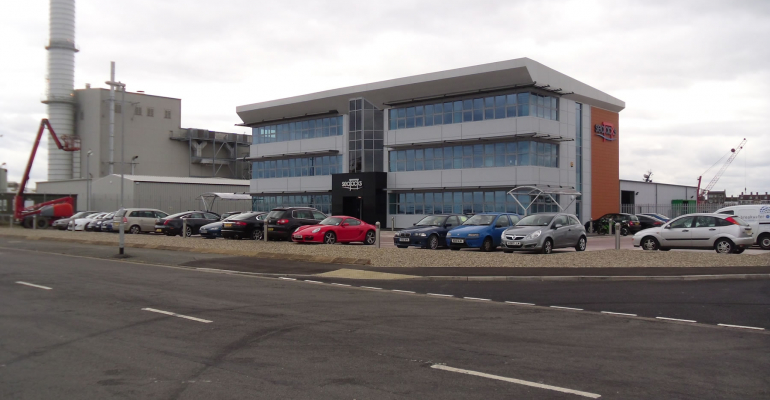 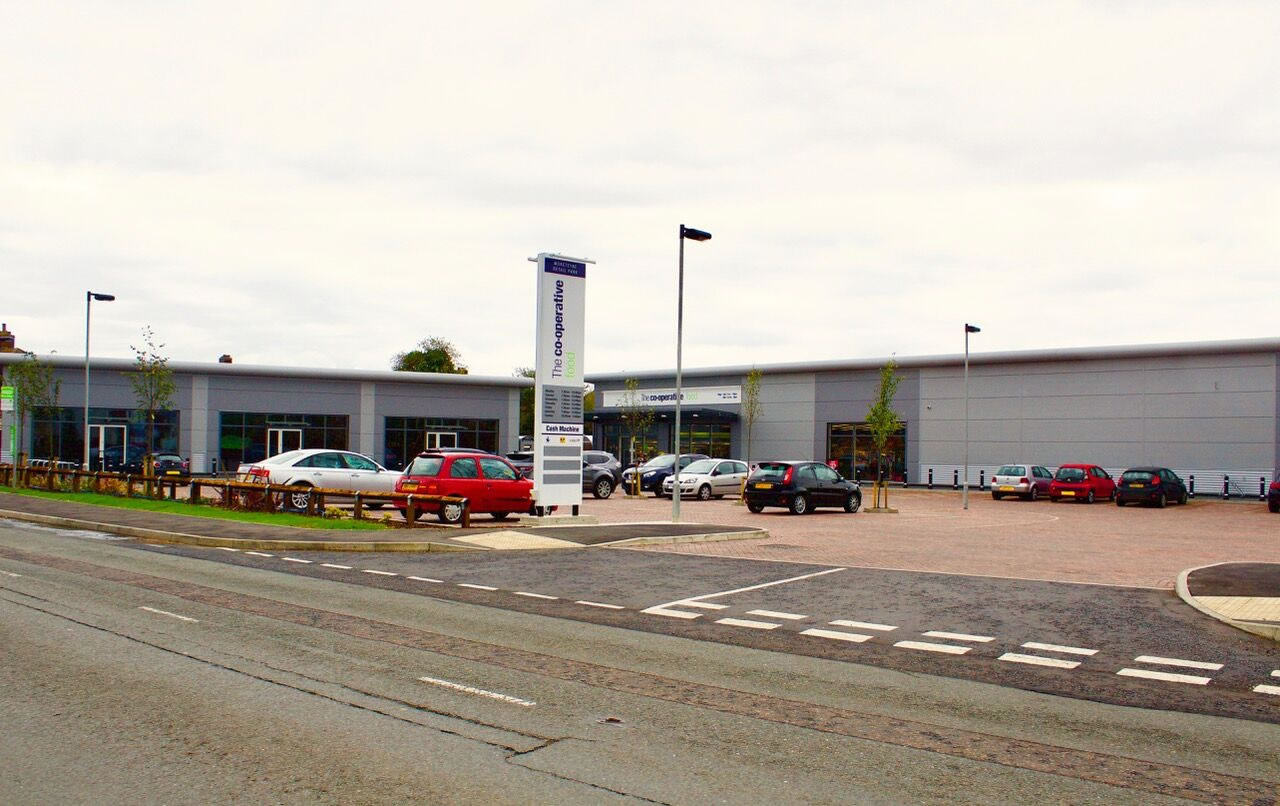 By applying our specialist ‘in-house’ retail development knowledge we recognised a gap in the retail market at Marston Moretaine in Bedfordshire. We identified the site, achieved the planning permission and built the retail park ourselves.

This is an example of what we do. That is to identify the right opportunities and taking them forward from their concept through to their completion.